While Gay Tenerife is not on the same fabulous level as nearby Gran Canaria, there is still a lot to love here for gay travelers. Come for the refined hotels, stunning nature and delicious food – safe in the knowledge that come nightfall there is still a fun – if slightly small – gay scene that calls this magical island home.

Tenerife is the largest of Spain’s Canary Islands, located off West Africa and is dominated by Mt. Teide, a dormant volcano that is actually Spain’s tallest peak.

Served by two airports, tourism is booming here and there is a unique mix of stunning sandy beaches, all-inclusive resorts and all-night clubbing on offer here – though the focus of this tends to be towards drunken Brits rather than the LGBT community.

For those who are interested to explore a little further however, Tenerife might be one of the world’s most beautiful spots to witness the raw power of nature with extraordinary beauty and diversity hiking, black sand beaches, lush forest, and even snow on the summit of Mt. Teide.

Tenerife is famed for its reasonable year-round climate which is generally a constant 25 degrees and as such is a popular holiday destination all year round – as opposed to Sitges, Mykonos or Ibiza which die down every year.

The peak season is from December to February when the island is swamped by snowbirds from Northern Europe, but most younger gay tourists head here for the hotter months from April to September.

In south Tenerife, the gay scene is concentrated in the Playa de las Americas area close to Salytien Commercial Centre while in the north of the island there is a secondary scene in Puerto de la Cruz – as well as one venue in Santa Cruz (the capital city).

Like mainland Spain, basically every hotel and most bars here are LGBT-friendly so there is no need for concern on this front. We have tried to distinguish some of the more gay-popular options but the location and preferred amenities/style are the better way to decide where to stay.

Overall the gay scene of Tenerife provides some late-night fun after a day soaking in the sun or exploring this gorgeous island. Would we plan a gay trip here specifically for its nightlife? No, but that doesn’t mean you can have plenty of fun here – if you know where to look…

Naturally being gay does not define which attraction most of us will want to see when traveling and – generally speaking – queer travelers will simply want to check out the top things to see in Tenerife during the day! Tenerife is a very safe island, but still, all travelers should take caution in crowded areas or at night in bars with valuables.

There is so much to do here – but we found our favorite memories were tanning poolside at our hotel, exploring the gay beaches or getting lost in the immense beauty of this magical island. Still – it helps to have some kind of idea of what is going on, so here are our must-see attractions in Tenerife that you should not miss!

Top Things To See And Do In Tenerife

Gay Things to Do In Tenerife

As a world leader in LGBT tourism, pretty much every hotel and hostel in Tenerife can be considered gay-friendly – after all, being gay-friendly is not all about upscale luxury, but about providing friendly service and welcoming guests without prejudice!

However, everybody likes to be surrounded by people with common interests and as such there are a few hotels in Tenerife favored by the gay jet-set.

Most are located around Playa de las Americas with its more party orientated gay scene or in the north in Puerto de la Cruz, with a smaller but more laid back gay village. There is no right or wrong options as each offers something unique and unforgettable – but sadly there is no specifically gay hotel options as of yet.

Whether you want a fun and social hostel, a cheap place to crash after a night of partying or a chic designer option to sip cocktails and surround yourself with fabulous people  – Gay Tenerife has something for everyone!

Other Gay-Popular Hotels In Tenerife

Like most cities in Gay Spain, Tenerife’s nightlife starts late and goes even later. Many restaurants here don’t get busy till around 10 pm, which bars filled from around 1 am and clubs getting going around 2.30 am.

Outside of peak season (November to March), nights might get started a little earlier – but are still plenty of fun to be had.

Cash is king here, and pickpockets are sadly rife throughout some venues we visited – just be careful, leave your non-essentials at home and just take what you are actually going to use on the night.

Pay special attention in bars and dark rooms as – well, easy targets are those literally with their pants down. We have largely focussed on explicitly gay venues here in Tenerife, but the island and country are so liberal don’t feel like you can’t make out with your partner in most bars or clubs here!

Had enough of gay cruising in Tenerife – either in the bars or elsewhere – and looking for some after-sun fun?

If you desire a bit more guaranteed action, the gay saunas in Tenerife will not disappoint you (unlikely all those faceless accounts on Grindr or the other hook up apps…). As such a foreign-friendly island you should have no issues visiting any Tenerife gay sauna, although a few words in Spanish never hurt. 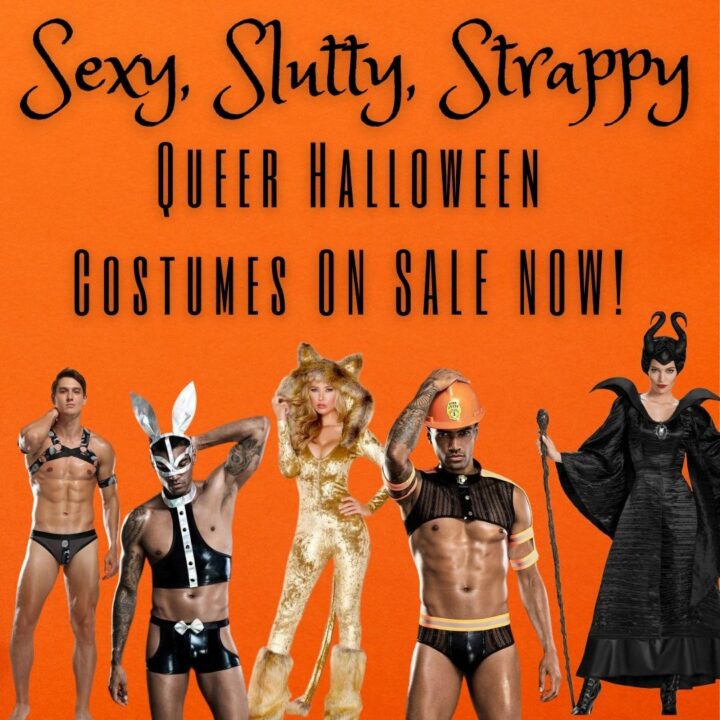