The jewel of the Aegean, Gay Izmir is not only Turkey’s third largest city but one of its most fascinating boasting a remarkably liberal populous (compared to the rest of the country), a rich and beguiling history and unique gastronomy!

While not comparable to the grand Ottoman palaces or regal facades of Istanbul or the youthful and modern Ankara, Izmir offers a laid-back lifestyle by the sea with photogenic bazaars, extensive museums,  world-class ruins nearby and a few gays bars too boot! You are still Turkey, however, and while in liberal Izmir you will get only a few weird looks for hand holding.

We would also strongly discourage kissing in public as this is a very patriarchal society the places a great importance on traditional masculinity.

The homosexual ‘culture’ more frequently seen in west European has left its mark in the big cities of Turkey and until recently public opinion in respect to homosexuality was slowly shifting in a positive direction.

Bisexuality has been accepted in Turkey for much of its history, but today you will find men in larger cities who freely admit to being gay – generally those found in European style gay-bars. However, many more have wives/families and only indulge in the local Izmir scene in which men enjoy each other in hammams without fear that they may be considered gay.

Same-sex sexual activity was legalized in the Ottoman Empire (predecessor of Turkey) in 1858 and has always been legal in Turkey although the subject is still highly taboo and discrimination frequently occurs. It is difficult to summarise the situation of LGBT rights in Turkey especially give the steady erosion of civil liberties in Turkey following the failed summer 2016 coup attempt – but LGBT events are now banned in Izmir under the pretext of social cohesion including Izmir Pride.

Just remember, homosexuality is not a criminal offense in Turkey, but discrimination remains and there are infrequent reports of gay basing late at night.

Complex and contradicting, Gay Izmir – much like Kuala Lumpur and Jakarta, other liberal and secular mega-city in Muslim majority countries – has a lot to offer queer travelers, who with a little care are unlikely to experience any discrimination if they avoid outright displays of public affection.  If you are looking to meet guys online, Hornet is the most popular hook-up app used by Turkish gay men, as Grindr is banned for not filtering pornography.

Not only is there an undercover gay scene in Izmir but you can also find incredible food, world-class shopping, cheap 5-star hotels and plenty of historical attractions in this liberal and deeply-cultured city!

Things To Do in Izmir

Because gay life in Izmir mostly takes place at night – in public anyway -, during the day travelers have nothing to do but sit poolside, indulge at a hammam or check out the cities top attractions – which should keep you busy for a few days at least!

All travelers in Izmir should take caution in less-developed areas with valuables and take taxi’s or Uber at night – and always listen to local advice when exploring. Remember, gay, straight or unicorn – public displays of affection are not normal here and best totally avoided, but especially those between same-sex people. 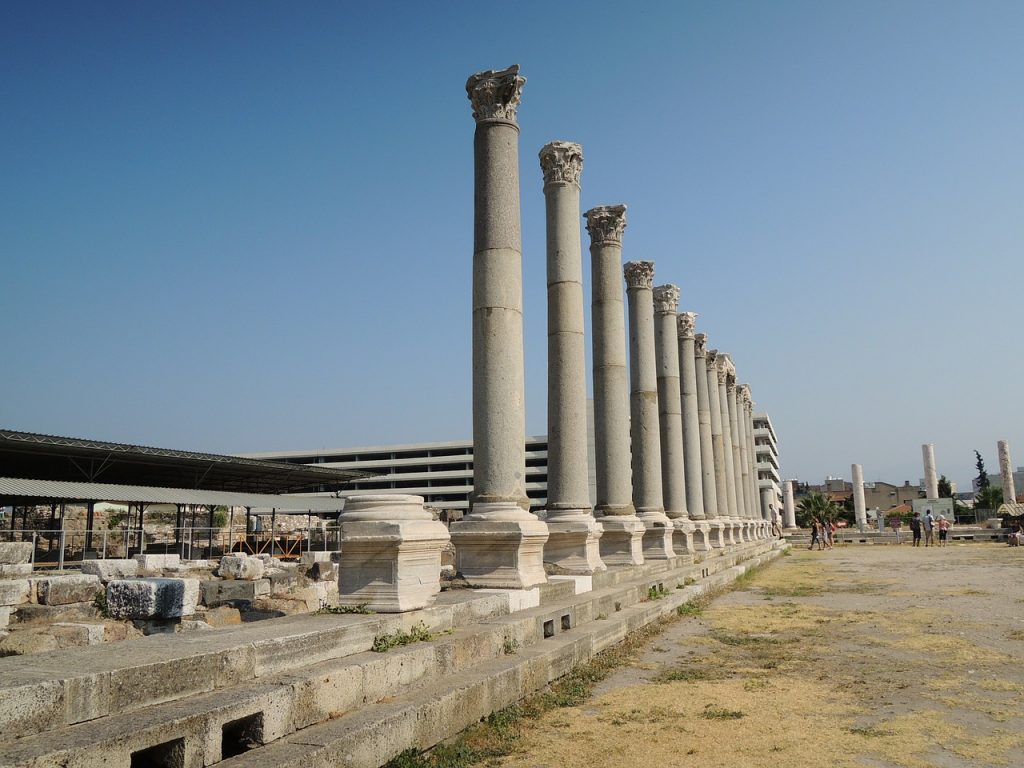 Gay-friendly and Gay Hotels in Izmir

In Izmir, you would be hard-pressed to find an upscale hotel that has any issues with gay guests, but discretion is sometimes advised still in this changing and increasingly conservative society.

Some Izmir hotels are more popular with queer travelers due to their location or for their inclusive environment, which we have chosen to feature here. These gay-friendly hotels in Izmir are frequented by members of the LGBT community and have solid reputations, but as you might have guessed – there are no explicitly gay hotels in Izmir.

When looking at other hotels, we don’t recommend staying at very cheap hotels as local police typically raid these looking for prostitution. And if the police find you having sex, you will be arrested so it is just easier to avoid these budget / questionable properties altogether.

All Turkish hotels must record every visitor in a police-controlled system, so you cannot invite a date to your room in these hotels – but in 4 stars or higher you are generally allowed as you are paying a premium – just let your reception know beforehand.

Each hotel and area offer something particular, so be sure to choose the right style and location to meet your needs. Prices are cheap compared to North American and European hotels (thought quickly rising), and standards are generally high – so it’s a great place to splurge!

Of course, there are also a hundred’s more hotel and hostel options in Izmir if none of these suit your desired budget, facilities or area!

Izmir has considerably less public gay life than Istanbul, in large part due to mounting political pressure  – so do not expect the gay nightlife to be as colorful as you might expect for a city of this size.

A few Izmir gay bars and clubs have opened  – and promptly shut – in recent years, but there are still a few gay clubs and various gay-popular options catering to the LGBT community in Izmir. Sadly, most are little more than fronts for hustlers and prostitutes – so we have also included our favorite cocktail spots and bar you should try to visit. This is especially true now our favorite gay bar in Izmir, Ehli Keyf Cafe,  has closed down.

Outside of the gay bars, discretion is advised, and it is best to avoid all signs of affection between same-sex couples.  Despite this,  things can get crazy on a night out in Gay Izmir, and what better way could there be to get to know the locals. Just don’t forget your common sense!

To be clear, there are no gay cinemas in Izmir, but if you are curious you can find plenty of straight porno-cinemas frequented by …somewhat open men!

If you want to try this type of gay cruising in Izmir out, the best places to go Ipek Cinema. To be clear, we do not recommend any form of cruising outdoors in Izmir due to reports of mugging and occasional gay-bashing late at night. 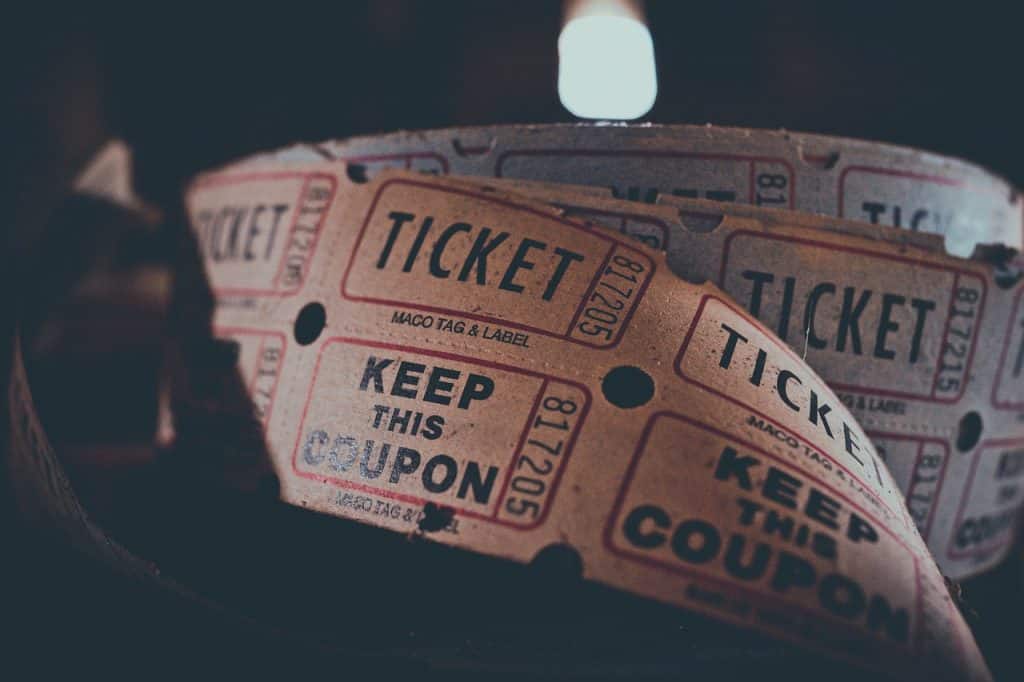 Sadly Gay Izmir does not offer your traditional gay sauna experience as you will find in most Western countries. Thanks to local laws against any sexual action in public – or public venues – most venues in Izmir do not want to be labeled as gay or even gay-friendly from fear for raid, reprisals or shutdowns by local authorities and instead play the ‘three monkeys’: “see nothing, hear nothing, speak nothing”.

The Turkish bath (Hammam) is simply the Middle Eastern version of a steam bath and is set up to offer a spa-like experience – though of varying quality. Sex separates traditional hammams, and most are still done this way today, a frisky proposition in somewhat bisexual Turkey. Europeans discovered the Hammam through their interaction with the East hence the name Turkish bath, which has become a popular feature of the best gay sauna worldwide.

While there are many busy saunas, gyms, and hammams (Turkish bathhouses), you should realize this is a very traditional and cultural past time in Izmir and popular with both gay and straight men. Below we have listed the most popular Izmir gay hammam which are often frequented by gay men – however, please practice discretion and care. To avoid any issues or disappointment, it is best to explore the Izmir hammams merely to experience the history and tradition of the Turkish bath, and if more happens – so be it!