One such term is bisexual, so we are going to cover what does it mean to be bisexual, talk about the iconic three-toned bisexual pride flag and its meaning, and then offer some useful information to become a better ally to bisexual and bicurious individuals.

If you’ve got a bisexual friend or loved one, chances are that you probably have misunderstood them at one point. Everyone thinks that being bisexual means an attraction to your own and a different gender. But, is it true?

Let’s explore what it means to be bisexual and how to be a better ally to the bisexual people in your life.

What Does Bisexual Mean?

– Attraction to the binary genders (men and women)

– Attraction to all the genders and sexes

– Attraction to your own and other genders

– Attraction to other people regardless of their gender or sex

The terms bisexual and pansexual are often used interchangeably. This is because there are those who think pansexuality should be packed into the bisexual spectrum since the bisexual person is someone attracted to two or more genders.

This is also similar to how pansexuality and omnisexuality are used interchangeably, even though they also don’t mean the same thing. The most significant difference between these two terms is the recognition of gender. Most pansexual people are attracted to other people regardless of their gender. Omnisexual people may see gender as part of their attraction.

While some identities may have only slight differences, they may still mean a lot to someone. All you need to remember is that everyone’s experience of attraction is different – and that it is for them alone to define.

When Is Bisexual Pride Day?

By observing an international day for bisexuality, it is easier to for bisexuals to talk to friends and loved ones – and to feel the love. It also helps foster awareness and increased sensitives from society at large.

So, mark your calendar and plan something special (even if it is just a social media post!) for the 23rd of September, which is International Bisexual Pride Day also known as Celebrate Bisexuality Day! 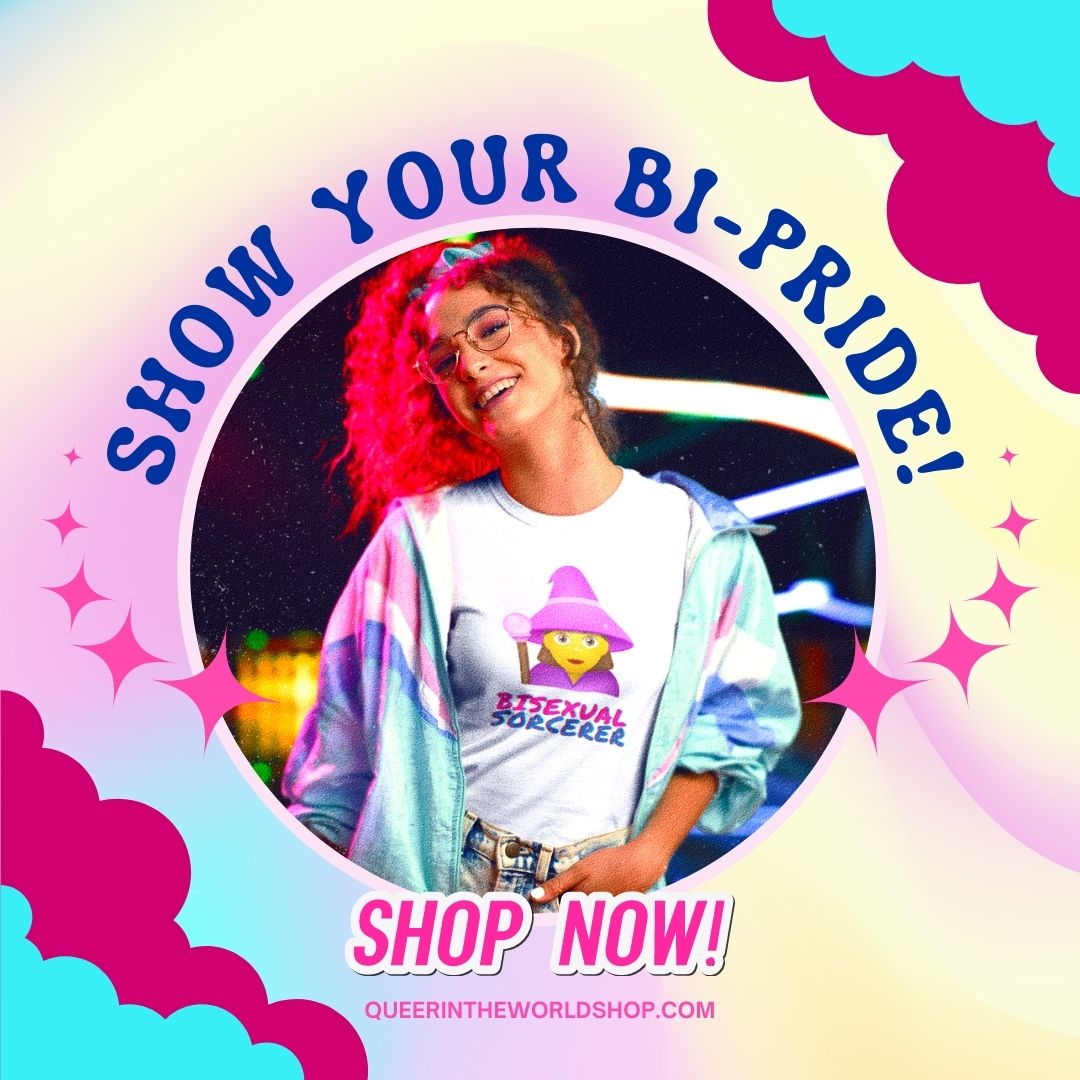 Other Bisexual Information to Help You Be A Better Ally

Being inclusive to bisexual people is an excellent way of showing you’re a straight ally. However, there’s more you can do to ensure the bisexual people in your life belong to a supportive and safe environment. Here’s what you can do:

Believe us when we say we’re bisexual

As with all other LGBTQ+ identities, bi people are challenged about their identity or face scrutiny about it. Bisexual people can date one gender for many years or be in monogamous relationships for long periods. This doesn’t mean they aren’t bi. Bi-erasure is never (ever) OK.

Being an ally means that you understand where bi people are coming from even when they’re attracted to different genders during their lifetime.

Bisexual people can and may be attracted to different genders at different points in their life. Just because someone dated a woman or lesbian previously doesn’t make them straight or lesbian. A previous partner shouldn’t be the primary identifier of whether someone is bisexual or not.

Be keen about how someone describes their identity and their relationships. Some bisexual people may describe themselves as gay or lesbians in different contexts, and some may not use any labels at all.

Whether someone makes a generalization about bi people or harasses them in public or private, you can make the world a better place by challenging such behaviors. Even if bi people are doing the work to challenge biphobia, you can and should still join in as an ally to bring down prejudice.

The same goes for any jokes that are at others’ expense, especially queer marginalized communities and misunderstood identities such as intersex, asexual, transgender, non-binary, and genderqueer. We are not here to be the butt of any jokes – and quite frankly, are sick of it. It is not – and never was – OK.

Most times, offensive material is circulated on social media or WhatsApp. Remember to tell people that are making such comments why it’s wrong to do that.

Allies and the bisexual community should come together to uplift and support the community. Bisexual men often face stigma both outside and within the LGBTQ community. More often than not, asexual bi people get told they can’t be bisexual.

Being there for your bisexual friends may be exactly what they need to move forward. Supporting your friend emotionally may look like hanging a rainbow flag in your front yard, or wearing an LGBT enamel pin to let people know you are an ally.

It could also mean joining your friend on their first Pride Parade (wearing a cute pride outfit obviously!).

When you’re addressing people, avoid making assumptions. It’s possible to erase bi identity when you use words such as ‘gay’ to refer to someone. If you don’t know what someone’s identity is, make sure you use inclusive pronouns.

Remember that you shouldn’t ask people intrusive questions when figuring out their identity. It’s harmful behavior and also rude.

Everyone wants a space where they feel they belong to the community they identify with, and bi people aren’t different. Everyone deserves to feel respected and accepted. If you’re holding an event or meeting people at a venue, ensure bisexual people are included and know they can attend.

Let the people coming to your function or venue understand that biphobia isn’t welcome and won’t be tolerated. Also, if there will be any performers or speakers at your event, try to get bi representation.

There are many fantastic groups out there speaking against biphobia and amplifying bisexual voices. Some of them are run by volunteers, and you can show your support by giving your time, donating, and sharing the work they do.

Whether you live in Barcelona or Berlin, Brisbane or Bangkok, or anywhere else – try to seek out one in your area with a bisexual friend and get involved to make a difference.

Advocate for Inclusivity in your workspace, school, or university

Whichever institution you’re in, you can advocate for bi inclusivity. Institutional policies should be there to protect everyone, regardless of how they identify.

Encourage your institution to avoid words that put a label on someone, for example: “wife,” “gay,” and others that specific people may reject.

Support bisexual people lives full lives like everyone else

Bisexual people often have to deal with biphobia, which can be hard and challenging. When bi people have multiple sexual and/or romantic partners, people often call them promiscuous or greedy. Or assume they must be polyamorous.

On the other hand, when a bisexual person is in a monogamous relationship, people assume they’re making up their identity. Constantly affirm your bisexual loved one. Affirm everything about them, including their relationships and their lives.

If you don’t have a lot of information about bi people, it would be great to look up online resources that would be beneficial.

Keep in mind that:

– Bisexual people can be attracted to different genders or sexes in many different ways.

– Bisexual people can feel attracted to different genders or sexes more than others.

– Bisexual people can be attracted to some genders or sex at different times and not others.