The Gay Philippines has always been dubbed as one of the most friendly countries towards the LGBTQ+ community. The attitude of the Filipino towards the community is getting better, especially when compared to the country’s history.

LGBTQ+ celebrities and personalities have large followings. Most trends are influenced mainly by queer culture. However, there’s more to the gay Philippines in store than these things.

Tourists who would wish to travel to the Philippines could use this information to get know the gay lifestyle in the Philippines, and where to socialize with them. On this article, we are going to elaborate the queer culture, the local life, and what you should know about the gay Philippines.

Queer History In The Gay Philippines

The country has had a long history as far as the LGBT community is concerned. As a matter of fact, practices with gender crossing already started long before the Spaniards colonized the Philippines. Babaylans, for instance, are the priestesses in native communities. While the role is usually given to women, even men who cross genders could be assigned with such a role. These men, who were called asog, were able to engage in homosexual relationships without the society judging them freely.

During the Spanish colonization in the Philippines, patriarchy was introduced. The concept of machismo made gender crossing a taboo concept. During the American colonization period, gender and gender roles were institutionalized. The Americans used education and mass media to regulate once sexuality, distinguishing the gay Philippines from the heterosexuals.

The gay Philippines saw a sliver of light from oppression after World War II. In 1975, gay rights activist Justo Justo founded the Home of the Golden Gays to serve elderly gay men whose families cast them out.

During the 1980s, the women’s movement highlighted on the struggles that the lesbian community faces. Wanting to have their voices heard after being silenced for decades, they have decided to fight against a dictatorship. Hence, they established MAKIBAKA, an underground women’s organization which focused on sexual orientation issues.

In the 1990s, the Lesbian Collective – or LESBOND – was formed. This was a result of women’s movement on issues such as gender and sexuality.

It was also during the 1990s – 1994 to be exact – when the first LGBT Pride March was done. This cemented the significance of the gay Philippines to the society. While there were only 60 participants in the said pride march, the effects were far-reaching. It was the first time in the history of the Philippines where the LGBT community had the opportunity to speak out for equality. After this event, there have been various pride march events which takes place across the country.

At present, as its members become more accepted, the community continues to strive to become recognized and protected by society.

Contemporary Queer Culture In The Philippines

In the Philippines, the LGBT community has a unique culture which transcends to the society. For instance, gay lingo is a concept that its members use. This argot uses elements of languages such as Filipino, English, and Japanese to give new meanings to various contexts. Some of these words also use trademarked brands and names of celebrities to connote a concept.

Before, its members were the only ones who were able to understand this lingo. It made it easier for them to recognize and communicate with each other. It also helped the members resist the marginalization from culture. However, it was not later when even heterosexuals have begun using the terms.

Huge LGBT personalities and celebrities have also contributed to the queer culture, making them household names in the gay Philippines community. Prominent celebrities such as Vice Ganda and Boy Abunda have become the representation of the LGBT community in media.

Several portrayals of gays and lesbians also made their way to film and television. For instance, the film entitled, “Die Beautiful,” depicted the life of a transgender beauty queen. On the other hand, “The Rich Man’s Daughter,” is a hit television show which showed the forbidden love of two lesbians.

Indeed, the contemporary culture of the gay Philippines makes it seem as if the community is wholeheartedly accepted. However, it is not entirely true.

There have been a lot of bills passed in Congress which supports the same-sex marriage. However, none has seen the light of day. Recently, the Sexual Orientation and Gender Identity and Expression (SOGIE) Equality Bill has already been approved. 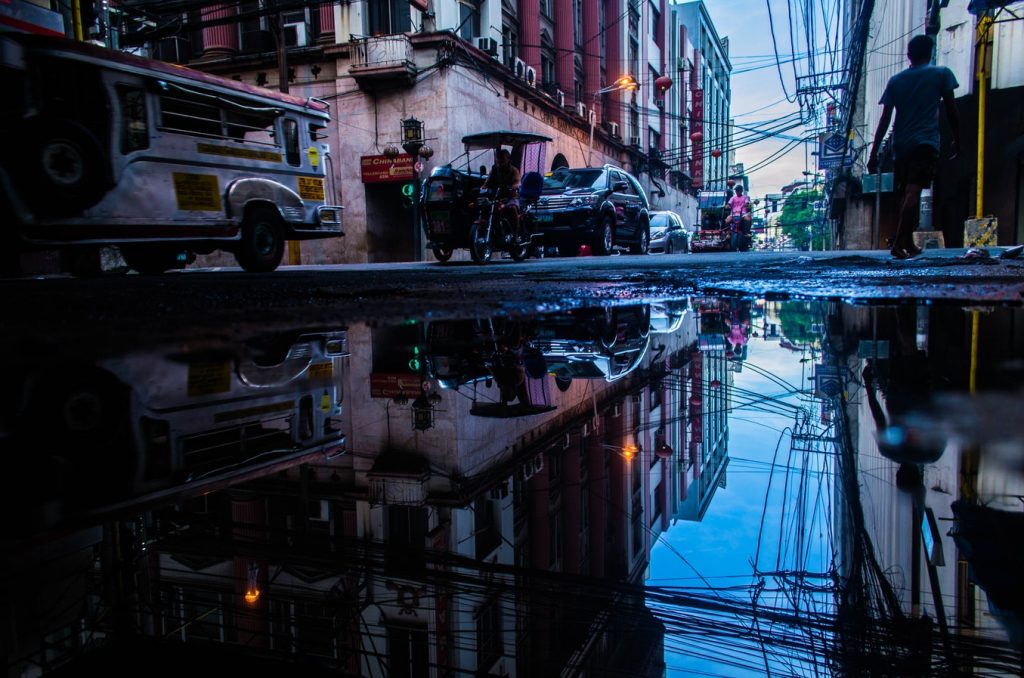 So, Is It Safe to Be Gay In The Philippines?

Based on a 2013 survey, the Philippines is ranked as one of the most gay-friendly nations in the world. The country, as a matter of fact, is the most gay-friendly in Asia. In addition to this, 73 percent of adult Filipinos agreed to the fact that homosexuality should be accepted by society.

Considering the results of the survey and the influence of queer culture to the Filipinos, is it safe to assume that it is safe to be gay in the Philippines?

The answer is: no.

Albeit the friendly treatment of the LGBT community, many of its members are still frowned upon in the society. Generally, Filipinos do only tolerate the members of the community, but they do not necessarily accept them. One of the reasons why is their strong religious beliefs which immediately cancel out the sexual orientation of the homosexuals.

Due to their lack of knowledge, many Filipinos would still have a lot of misconceptions about the community. That gay men spread HIV. That gays and transgenders are the same. That lesbians in media are an abnormality of human nature. This outlandish discrimination against the LGBT community is something worth noting.

There needs to be a lot of growing for the heterosexual community in the Philippines. While they show tolerance, they also show homophobia. Even members of the LGBT community themselves are homophobic at times. This holds true especially since many of them cancel out transgenders and bisexuals. While it is generally safe to be gay in the Philippines due to tolerance, there needs to be changed in the viewpoint of people to make the country truly gay-friendly.

Hotspots In The Gay Philippines

For those who are seeking for a refuge from the discriminatory heterosexual community, the country hosts several hotspots where you could acquaint yourselves with some of the LGBT members. These hotspots are LGBT-friendly, so you are ensured that you are safe and sound: an honorary member of the gay Philippines.

Because of the seeming tolerance of the general public towards the LGBT community, its members have organized several events to empower and celebrate the community. Moreover, these events would hopefully stamp the gay Philippines on the map.

One of the annual events in the Philippines is the Metro Manila Pride March. This yearly affair is usually held on the month of June. Every year, the theme changes to cover several concepts that would uphold the dignity of the LGBT in the country. The most recent Metro Manila Pride March had a theme of #RiseUpTogether. This event had a total of up to 20,000 attendees.

Other Things to Consider Before Heading to Gay Philippines

Before heading to the gay Philippines, you should try to consider some things. This way, you would be guided on how to act or what to do. Here are just a few of them.

Want To See More Of The Gay Philippines? Get Inspired By These Epic Tour Itineraries 🤩