They say only steers and queers come from Texas, and while you won’t find many steers roaming the streets of Austin, Texas, there certainly isn’t a shortage of queers here …

Austin is easily one of the most gay-friendly places in America, with a very active and visible LGBT community -- a progressive, liberal haven in the heart of Texas where cowboys, politicians, gays, hipsters, artists, and musicians all live, work and play in harmony.

If you ask anyone in Austin about which gay neighborhood to visit or stay in, they will tell you, “Gay neighborhood? No need…this whole city is gay-friendly”, which is pretty accurate from our experience -- though as with any city some areas are better to stay in than others!

There is a lot to love here with diverse communities, a thriving calendar of gay events, multiple gay bars and club, and more attractions than you could ever see in one visit. Not to mention all that live music! All of which fuses to make Austin a weird and fabulous gay holiday destination no matter where your interests lie! YEE-HAW! 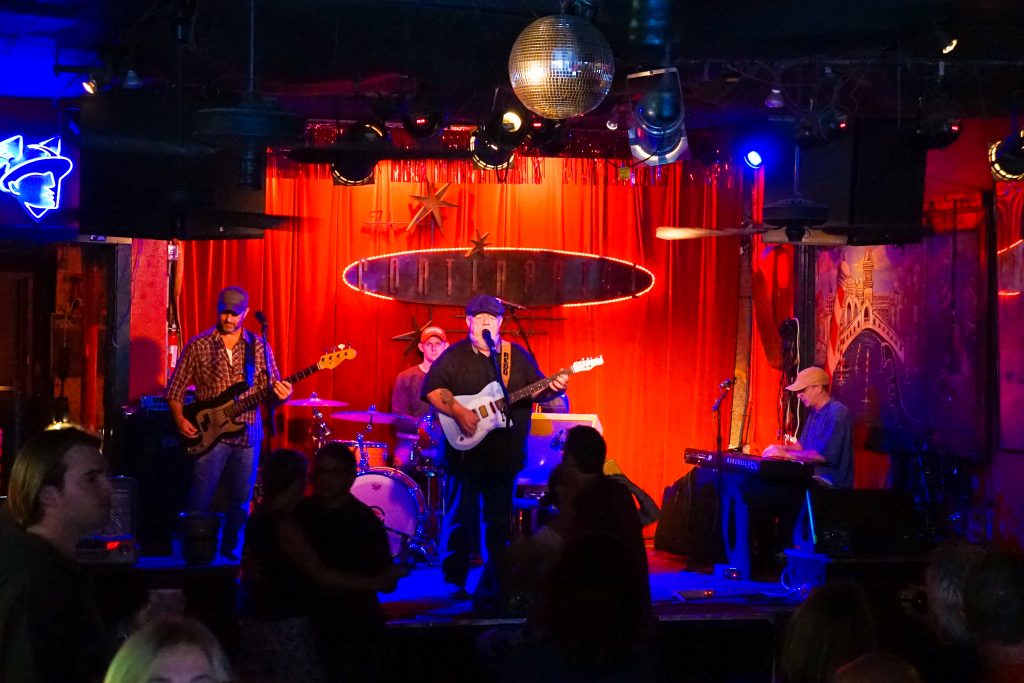 The Austin tourism scene is booming on multiple fronts thanks to Austin’s reputation as the ‘live music capital of the world,’ its unique mix of cowboys and hipster, innovative food scene, and abundance of outdoor leisure activities.

Massive events such as the Austin City Limits Festival and South by Southwest (SXSW) have helped put Austin on the map. If you’re not planning on attending, you should bear in mind that these events could be a hindrance as hotels in Austin book up fast, prices skyrocket, and everywhere gets pretty crowded. Austin has four major neighborhoods that you should explore, all of which are extremely gay-friendly and will give you a look into local life in Austin. These are East Austin, Clarksville, South Congress, and Downtown Austin, and each has its own distinct flavor. 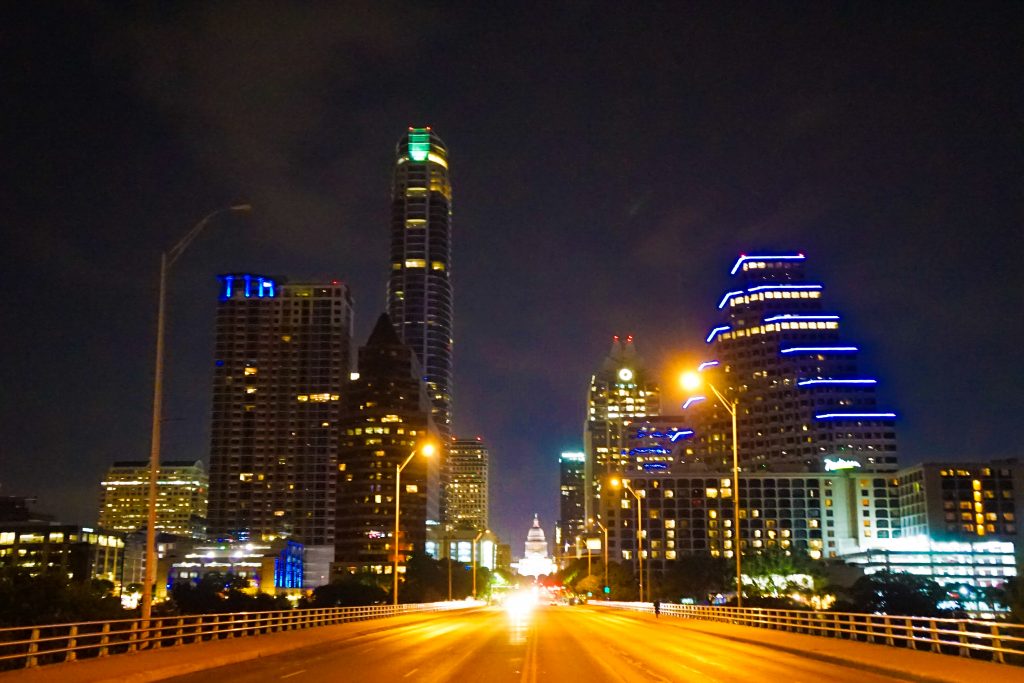 East Austin is the #1 gayborhood in Austin, which is not surprising given how close it is to the downtown. Expect plenty of hike and bike trails along the river, trendy restaurants and bars, and a post-urban renewal landscape of condos and bungalows. The gays have moved in and are here to stay! By contrast, Clarksville is a small historic quarter in Austin with picturesque streets just east of the downtown filled with unique mom-and-pop shops and funky restaurants. Perfect for getting lost in -- just be sure not to miss the vibrant graffiti park, the HOPE Outdoor Gallery.

South Congress is directly south of the Austin downtown consisting of a quiet neighborhood and a vibrant strip with postcard-worthy views towards the Texas Capital Building. Expect hip boutiques, trendy accommodation, and plenty of Austin food scene institutions.

If you can time your visit here with the summer evening flight of the famous bat colony from under the Congress Avenue Bridge and pop your head into the legendary Continental Club, there is always something good playing! On a rainy day, you can also check out the Alamo Drafthouse Cinema, which is Quentin Tarantino’s (and pretty much all of Austin’s) favorite cinema serving food, beer, and cult-classic films. A true weird Austin experience!

And of course, you can’t miss the Austin Downtown, which bucks the recent trend of mid-sized American cities by having a thriving downtown with just about everything you can imagine. Home to the Austin 4th Street Gay District, plenty of live music venues and VooDoo donuts (you have to, right!?), there is plenty to love here whether you visit by day or night! 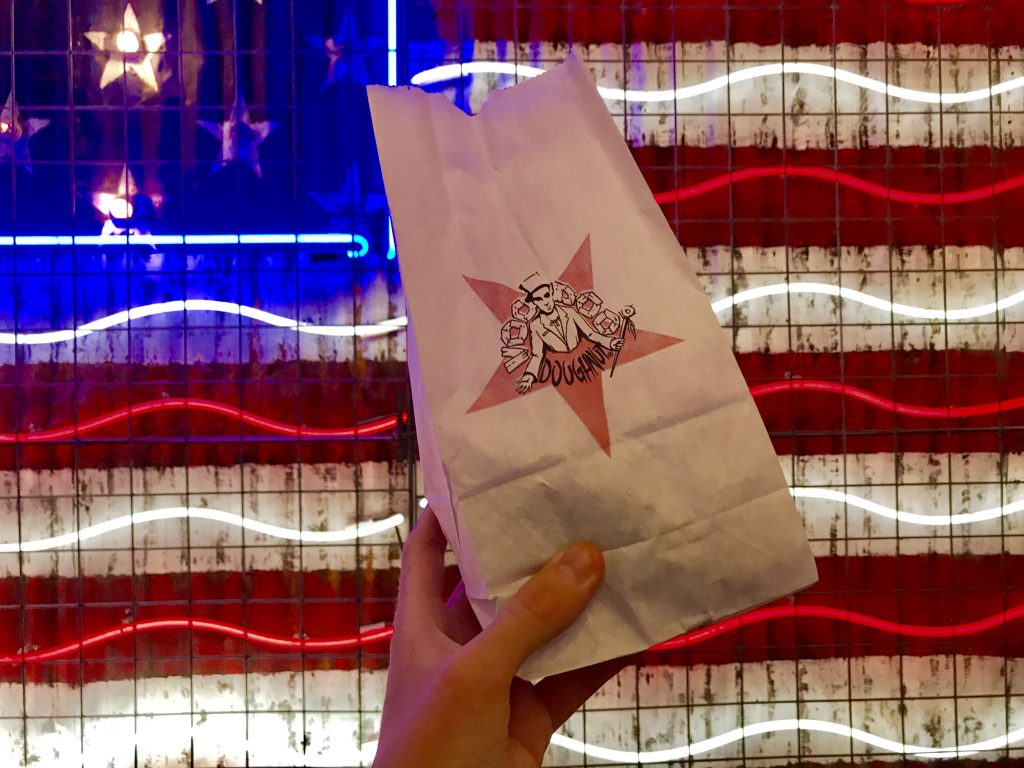 To truly enjoy gay Austin like a local, you need to get out and enjoy all of the stunning natural attractions of Central Texas. A bit out-of-town, you can find the picnic-perfect spot and natural swimming grotto of Hamilton Pools, or closer to town there is the Barton Springs Pool -- Regardless of your desire to swim or not, the people-watching here is just too good to pass up!

If you’re feeling more active, a sunset hike up Mount Bonnell should be on the cards with its surreal vista over Austin City, providing the ideal makeout spot. If you have your own car (or want to rent a car in Austin) you should make the trip out to the visually stunning Longhorn Caverns, or Hippie Hallow Park, the infamous clothing-optional gay ‘beach’ at Lake Travis -- and the only legal nude beach in all of Texas! 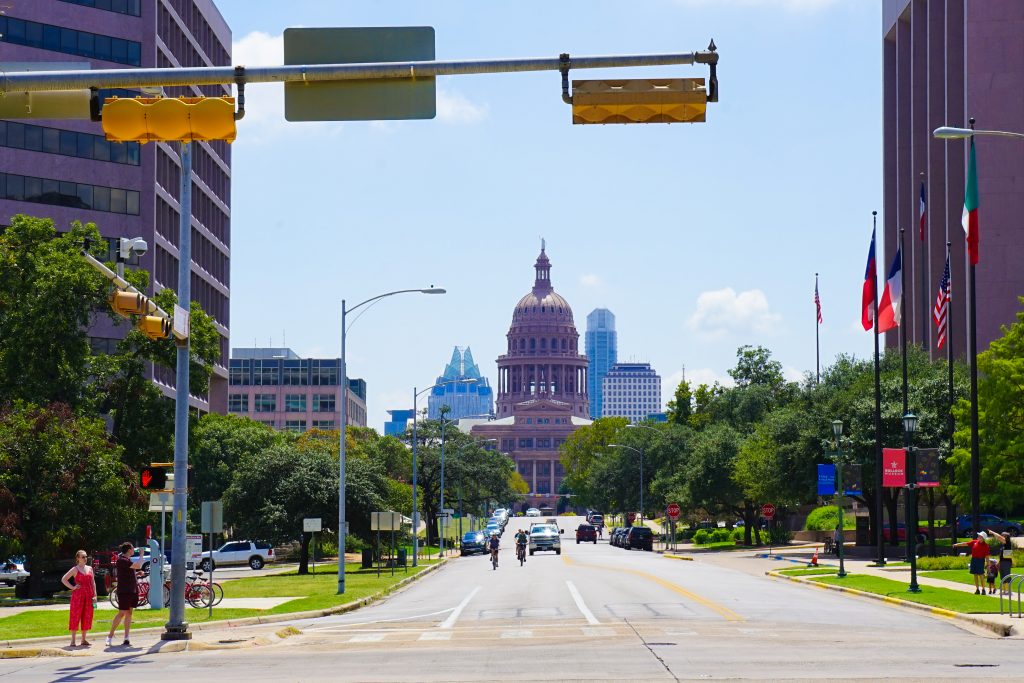 If your holiday is never complete without a bit of shopping, be sure to make plans to visit the HOPE Farmers Markets, which take place every Sunday. Other must-see shops in Austin include the local feminist bookstore BookWoman, Uncommon Objects for the weird and wonderfully bizarre and Allens Boots -- the next best thing to taking a real cowboy home (though why not try for both?) 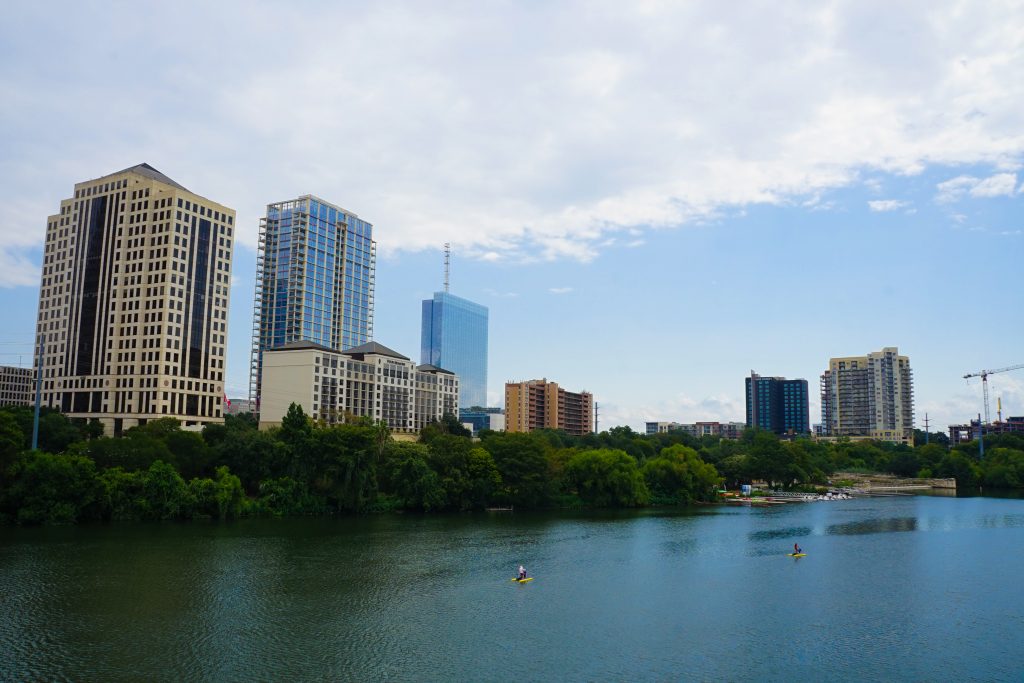 Austin Texas is a city that has hundreds of events on every single night of the year, and therefore you can expect the Gay Austin events calendar to be similarly jam-packed.

While September is the main month of celebrations and events for Austin’s LGBT community revolving around a huge Pride Festival, there are plenty of other gay events in Austin to look out for during the rest of the year. People in Austin are incredibly social and welcoming, so any time you choose to go to Austin, you are guaranteed to hear about something somewhere. These, however, are the biggest annual and monthly events in Gay Austin. 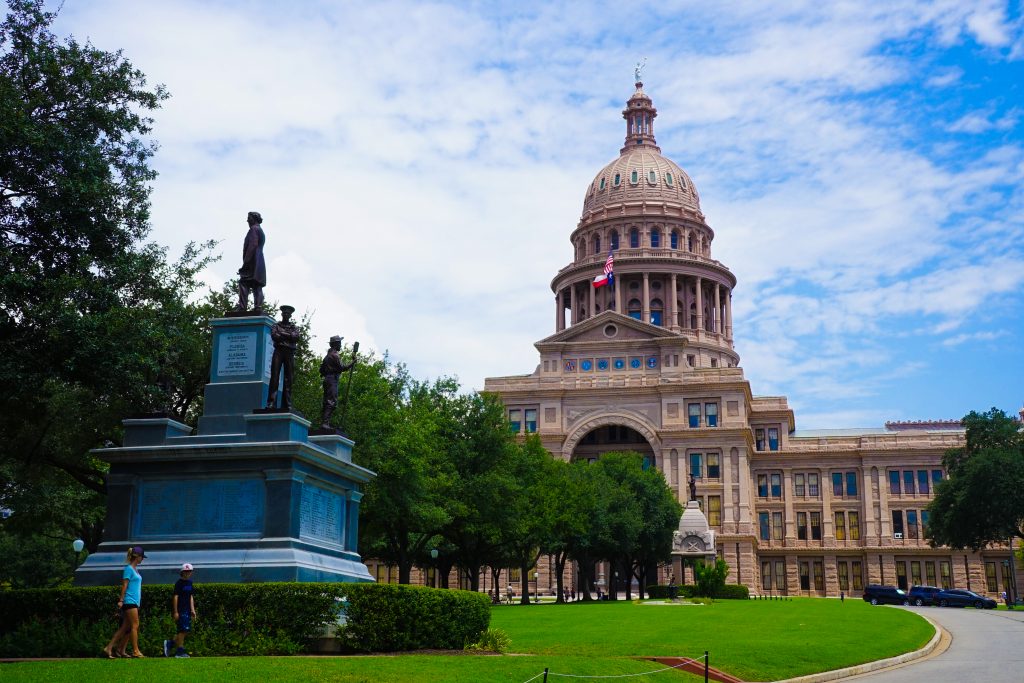 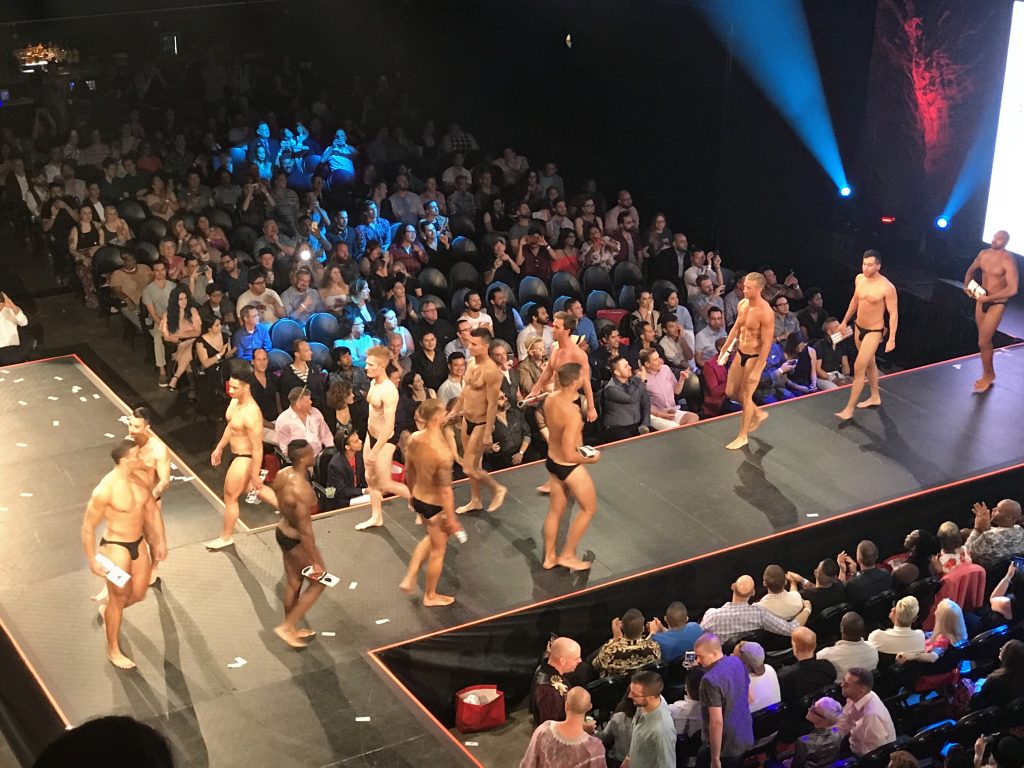 Austin’s super gay-friendly/inclusive vibe extends to its burgeoning foodie scene, but there are some LGBT institutions you just are not going to want to miss. Below are a few of the more popular places with queer travelers that you should try to visit – eat and be merry as they say, and one of the best ways to travel is through your taste-buds.

For more on the ever-changing Austin food scene, check out the South Austin Foodie blogger or this up-to-date guide on Austin food trucks and their current location. 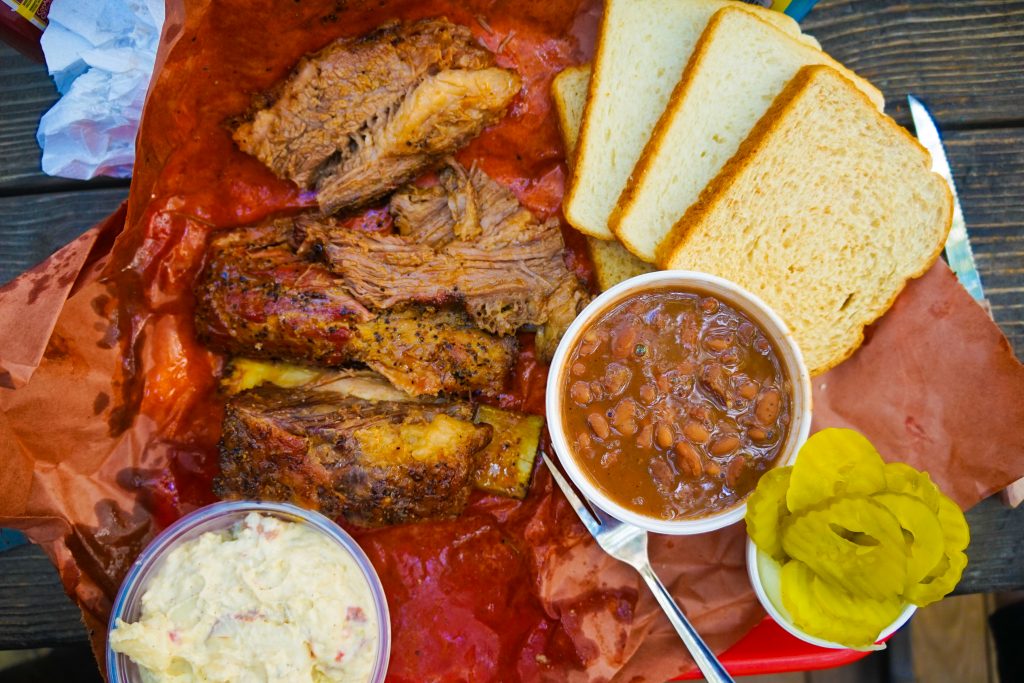 As a world-leader in LGBT tourism, pretty much every hotel and hostel in Austin can be considered gay-friendly. After all, being gay-friendly is not all about upscale luxury but about friendly and open service and welcoming everyone with open arms.

Having said that, it completely normal to want to be surrounded by like-minded people, and as such, a few hotels in Austin have a solid reputation as spots for gay travelers to stay -- even in Weird Austin, it seems people still follow trends.

Mainly clustered around the commercial downtown and local South Congress neighborhoods, you can easily walk between the two areas. Still, for exploring further afield, you are going to want to hire a car in Austin or figure out its erratic public transport system.

Of course, the following gay-friendly hotels in Austin are only the most recommended. Still, there are hundreds of other hotels in Austin if you don’t find quite find what you are looking for.  Whether you want a fun and social hostel, a cheap but private place to crash after a night of partying, or a chic luxury option with a pool to spend the day lying by, Gay Austin as something for everyone!

No matter where you choose to stay, however, it pays to book as far ahead as you can because occupancy rates in Austin are incredibly high year-round with demand routinely exceeding supply. This trend goes into over-drive with events such as South by Southwest and Austin City Limits when good Austin hotels are known to sell out months in advance. 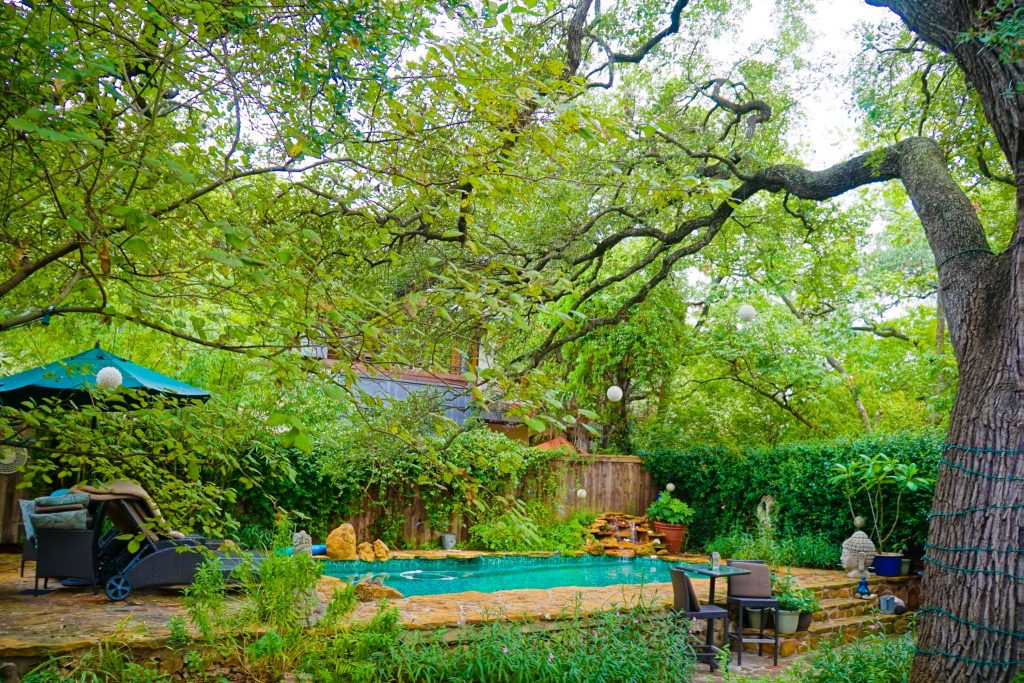 Befitting Austin’s reputation as one of the gay-friendliest cities in the world, there is a whole host of gay bars and nightclub destinations to choose from.

Even better, most of the clubs in Austin lean heavily toward “get drunk and have a good time” rather than the whole “not dressed well enough for our establishment” scene. Austin is not a place to see or be seen -- but rather a city to grab a casual beer, strike up a conversation, and make new friends -- or more!

Having the University of Texas on the edge of tow means the crowds in Austin gay clubs are typically younger. You’ll also find plenty of people from more conservative towns experimenting and experiencing gay life for the first time. Things are rapidly changing, however, as more professionals flock to Austin.

The gay clubs in Austin are largely centered around the 4th street gay district and don’t get going until around midnight. A good game plan is to mix-and-mingle at straight bars early, check out the dining scene and coffee shop, or, better yet, listen to some live music in Austin before heading out for a night in the clubs. Whatever you’re after, Gay Austin can provide! 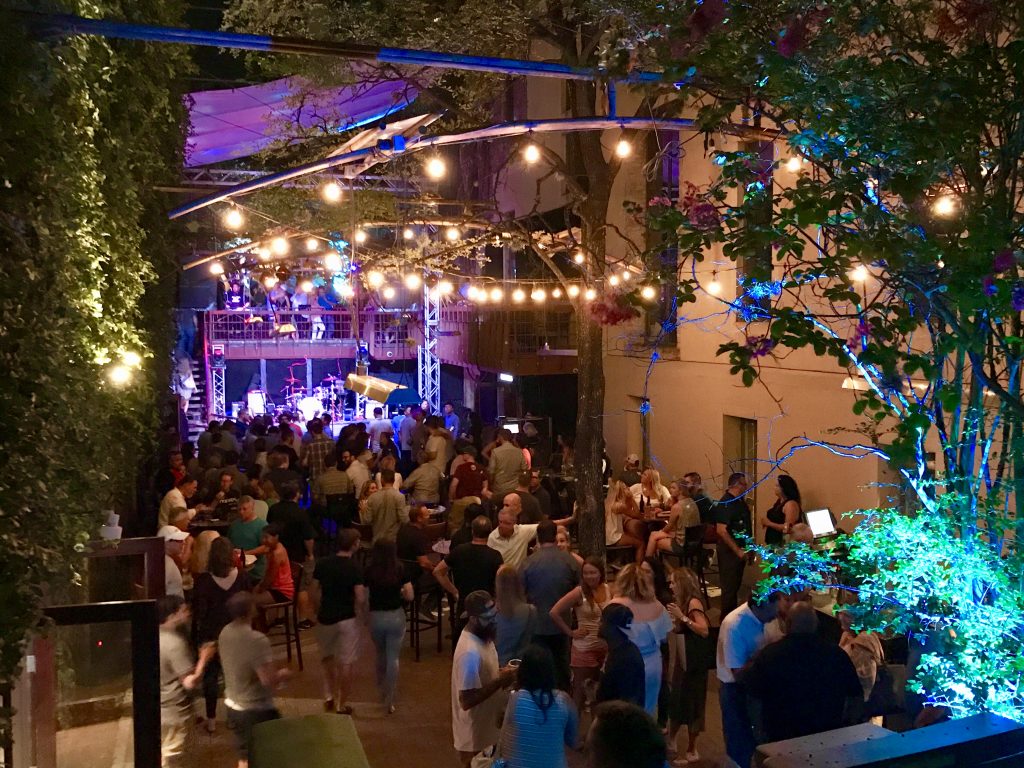 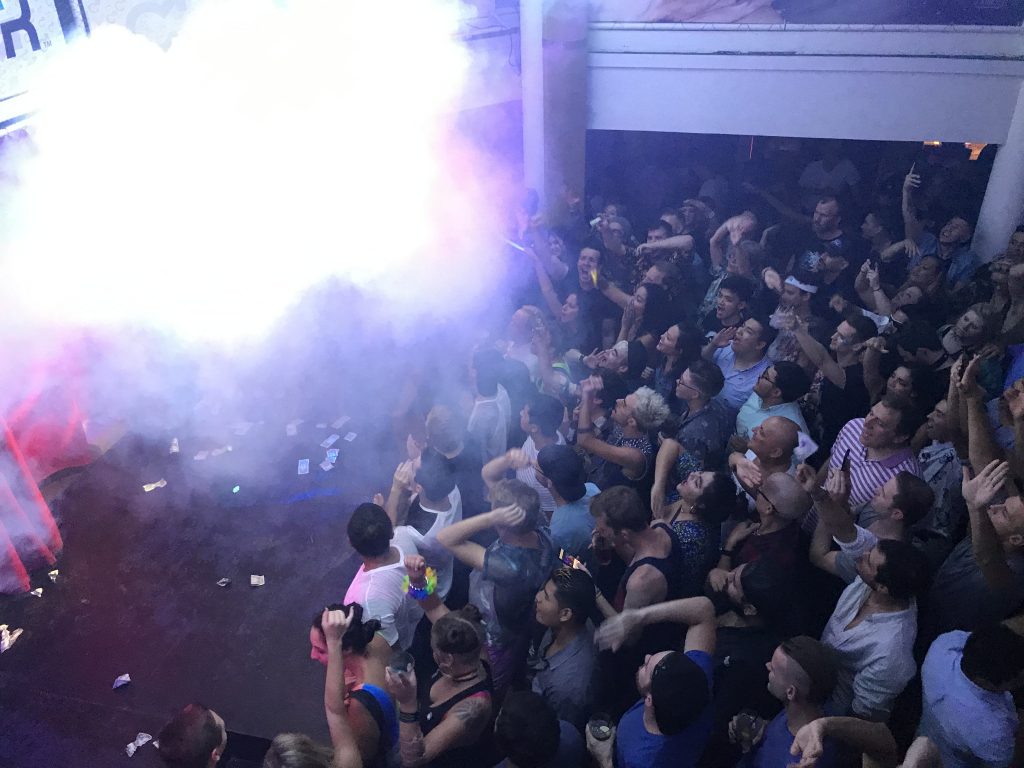 Sadly, for one of the gayest cities in the world -- There is currently no operating gay bathhouse in Austin Tx. Previously there had been the 21-year old Midtowne Spa, but this has recently closed due to the owners’ retirement.

Where all the closeted republicans and law-makers who looked forward to their bi-annual trips to the state capital will go now is anyone’s guess -- but I sense a business opportunity for a new gay bathhouse in Austin TX!

Or as an alternative to the non-existent gay bathhouse in Austin, there is always The Homestead at 3218 -- a gay/bisexual men’s clothing-optional retreat a two-hour drive north. Or you could try the popular clothing-optional park, Hippie Hollow, an essential part of the Austin gay scene where many gay men meet for discreet cruising, sunning, and all types of fun.